Established by City Council resolution in June 1990, the Ethnic Community Committee serves as a forum for dealing with issues and concerns of the ethnic community in Sterling Heights. The committee has been honoring individuals, businesses, and organizations since 2008. The committee initiates programs to promote the City's rich diversity such as sponsoring the annual Cultural Exchange and the Naturalization Ceremony, participating in the annual Memorial Day Parade, awarding annual Diversity Distinction Awards and producing "Getting to Know Your Neighbors" television programs. 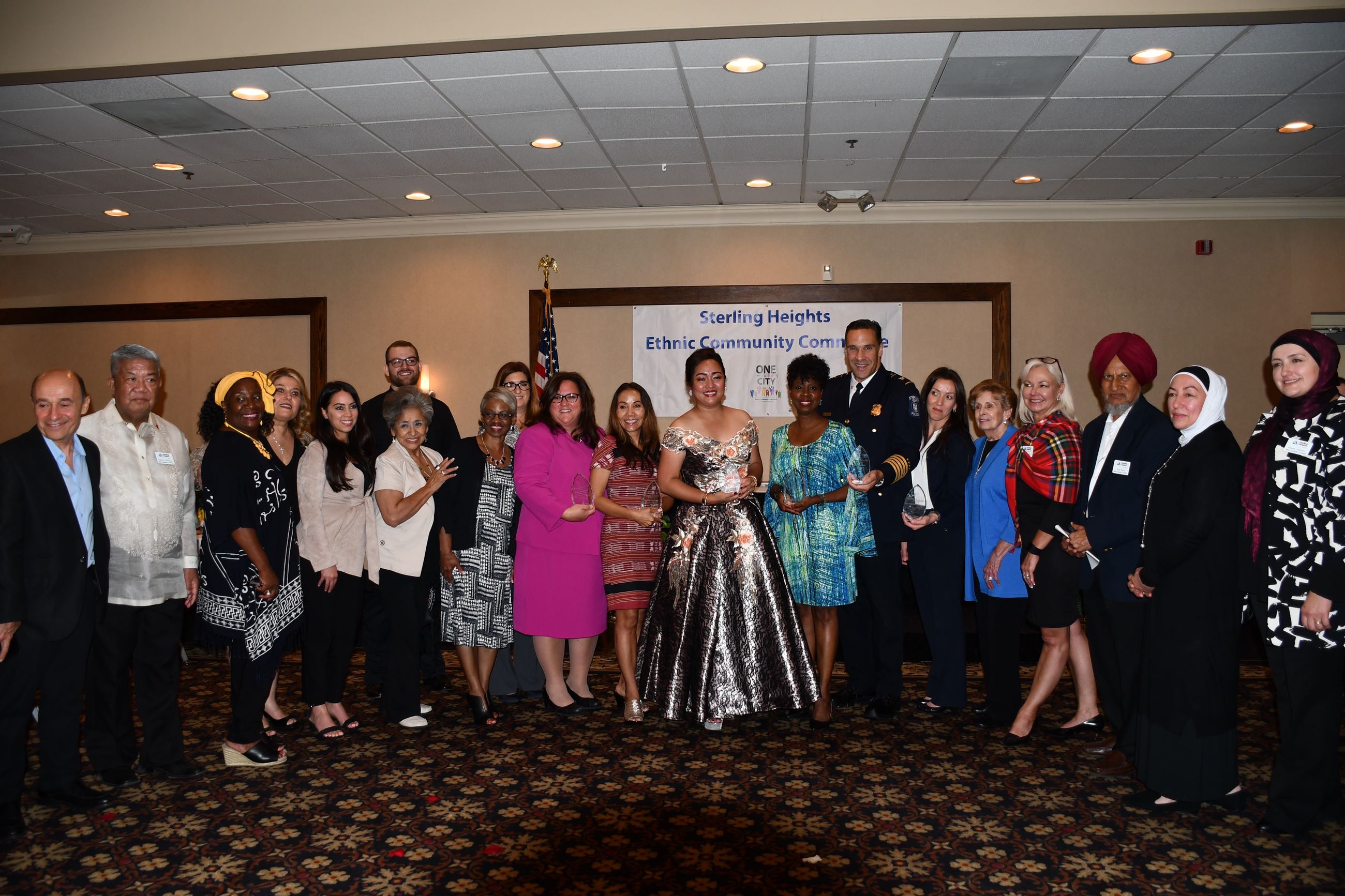